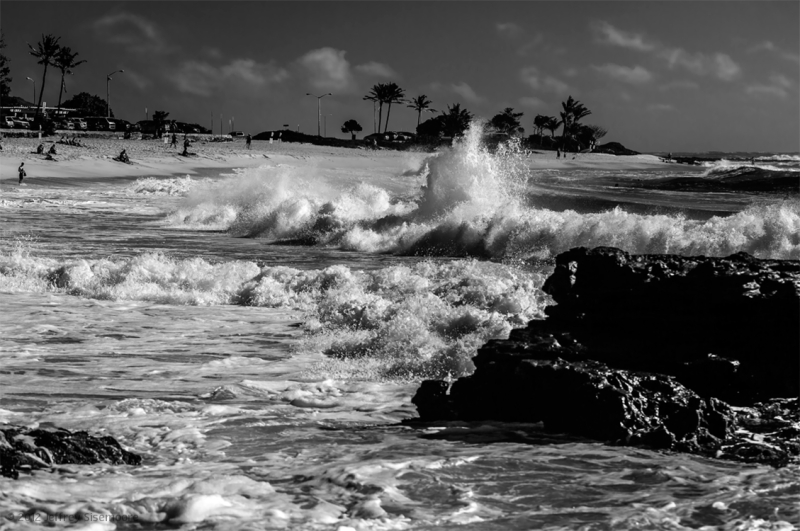 Posted by Jeff (Honolulu, United States) on 14 February 2013 in Landscape & Rural and Portfolio.

This image has more than meets the eye at this size. The original photograph is 20 X 30, which is large enough to see details such as a man standing in the water fishing with a rod and reel (at the right edge of the photo), another person nearby with lots of personal belongings spread all over the beach, several photographers standing near each other, swimmers in the water, and small groups of people sitting together enjoying themselves. The main attraction for all of them are the waves coming ashore.

One of the advantages of the internet is the ability to share images with many people at low cost. One of the disadvantages is the relatively small footprint of the monitors we all use, making details largely indistinguishable. At 20 X 30 detail in the crashing waves is easily seen. That degree of detail just can't be viewed on a monitor.

I've decided to post a series of photographs that are crops of this image to show you what you can barely see in the full image shown here. Come back the next few days and see what you are missing by looking at a monitor rather than a 20 X 30 print.

Sure I'll come back !! I can understand your frustration.

It's quite a beautiful image anyway. I'm anxious the see the finer details, too.